7 ingredients to watch out for in cosmetics

I asked Anahit which ingredients she would never, ever apply to her own skin, or use in her own formulas. This is a list of some of the potentially toxic ingredients we do not use in our all-natural, made in Armenia products.

Anahit Markosian is the head of Nairian’s Research & Development team and one of the founders of the company. While a lot goes into keeping Nairian running, she deals with the very heart of the company: the formulation of clean, non-toxic, and all-natural products.

The recipe for any of our products that you might put on your skin has been very carefully created by Anahit and her team of chemists. Because of her critical role at Nairian, I wanted to ask Anahit what she thinks are some of the most important things to keep in mind when crafting a natural cosmetics formula.

So, I asked Anahit which ingredients she would never, ever apply to her own skin, or use in her own formulas. Here they are, Anahit’s 7 banned ingredients:

“Smells create a really quick response in the body. When we smell food we like, our mouth starts salivating very quickly. With natural fragrances, our olfactory system is used to them and knows how to respond. Many synthetic fragrances, however, are molecules that don’t exist in nature at all, but are created in a lab.” Since the olfactory response is so speedy, humans can react in a variety of negative ways including headaches, dizziness, and nausea.

Additionally, she says “phthalates present in many artificial fragrances are endocrine disruptors: they interfere with our endocrine system and throw our hormones off balance.” Of course, the amount normally used in cosmetics is quite small, however, the potential effects of cumulative use are not well researched, and we would rather not risk it.

Look for phthalate-free and fragrance-free products, or essential oil based fragrances rather than synthetic ones.

Parabens are the most commonly used preservatives in cosmetics products.

“There have been a number of studies that show that parabens enhance the growth of cancer cells in vitro, especially breast cancer. We can’t say that they cause cancer one their own, but if one belongs to the risk group or has already been diagnosed, parabens might exacerbate the situation,” says Anahit.

“The scientists who work with parabens like to defend them by saying that they exist in nature in many fruits, however, when we consume them the amount of parabens is miniscule. In cosmetics and over time, it is a more significant amount that has been shown to be absorbed into the body.”

In 2015 the  American Contact Dermatitis Society declared formaldehyde the allergen of the year. Formaldehyde donors are preservatives that release formaldehyde over time, so when the product is fresh it is mostly safe, but after it sits in your cupboard for a while the percentage of formaldehyde in it grows. This means that over time your cosmetics become much likelier to cause reactions like contact dermatitis.

“You could use it for months and think the product is fine, and then when a reaction occurs you wouldn’t know what the cause of it was.”

While the occasional use of products containing formaldehyde donors likely does not pose a risk, continuous long-term use could have serious repercussions, and we would rather totally avoid the danger.

Triclosan is an antibiotic, and it shows up a lot in hand sanitizers, soaps, toothpaste, and acne treatments. Anahit says, “triclosan doesn’t break up in our body and ends up in our groundwater and we eventually drink it since it can’t be filtered.” It is potentially very harmful to aquatic life.

Anahit further adds, “it definitely causes bacterial resistance, it is also an allergen, and there are some carcinogenic concerns.” The interesting thing is that triclosan is largely unnecessary –  a well-formulated cleanser is perfectly capable of removing as much bacteria as triclosan would kill, and there are plenty of gentle antibacterial ingredients out there that targets acne without causing resistance.

Mineral oil is a carrier oil used to hold whatever the active ingredients in a product might be. “I don’t use it primarily because of the environmental concerns – since it’s a petroleum product. It is normally used as a cheap substitute for vegetable oils, which are rich in essential fatty acids, flavonoids, nutrients, vitamins.”

Anahit then adds, “it is an impenetrable occlusive, so it could be good for use short-term on a wound, but every day on the skin it will eventually disrupt the barrier regulating transepidermal water loss and make the skin dryer.”

Many synthetic dyes are coal-tar derived, and a lot of regulation exists that limits the amount that can be used in cosmetics since a large amount could be carcinogenic.

However, Ecocert certified products may not include any synthetic dyes of any sort, and in reality, those dyes are totally unnecessary. Mineral dyes, derived from mica and iron oxides, are totally fine; they are big molecules that don’t penetrate and are very safe to use daily in makeup.

Phenoxyethanol is a preservative that many companies chose to use. While the research on phenoxyethanol is not conclusive, many cosmetic certification bodies, including Ecocert, refuse to certify products that contain it.

Anahit explains, “I don’t use phenoxyethanol in my formulas because too much research shows that it might be risky. It can cause contact dermatitis, and has been linked to reproductive toxicity.”

There are a few other ingredients we avoid at Nairian, because they are just plain unhelpful, and have a high chance of causing irritation, like sodium lauryl sulfate, and propylene glycol. We also avoid plastic microbeads in scrubs, because they have a terrible impact on the environment.

Are there any ingredients you try to avoid?

Let us know in the comments below! 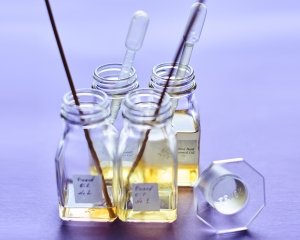 Oils are probably the most unjustifiably abused ingredients used in skincare right now. There is a tendency to assume that since oilier skin types are… 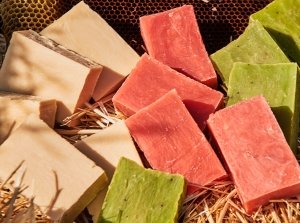 Why We Don’t Recommend Soap for Face

As you might have already gathered, at Nairian we absolutely love soaps. Our soaps are made by Samvel, our very own scientist, and they are gentle,… 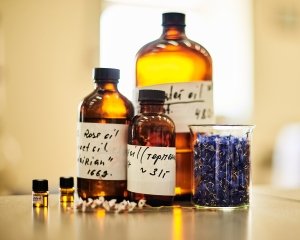 Behind the Scenes: How Nairian Essential Oils Are Made

You hear us talking a lot about essential oils, thanks to their incredible benefits to both the skin and the mood. At Nairian, one of… 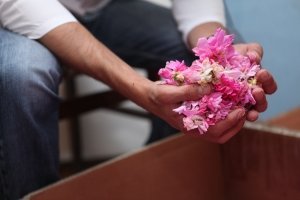 Rosa Damascena “A rose by any other name will smell as sweet” William Shakespeare The rose is an iconic flower with a robust history. For…

How Can Food Improve Our Skin Condition?

FREE UK standard delivery on all orders over £75 Dismiss